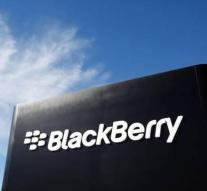 berlin - In October, TCL launches a BlackBerry device with touchscreen and no keyboard. Also, the device will be water and dust resistant according to the IP67 rating and the battery may last for 26 hours for mixed use. That has told François Mahieu of TCL, the Chinese conglomerate that produces phones under the BlackBerry name, to inform Engadget.

Mahieu is so sure of the new product, he thinks that different iPhone and Galaxy users will switch to the new BlackBerry. However, the new devices run on Android, Engadget signs, which makes it harder to get over the ground level.

On the other hand, Mahieu believes that BlackBerry's security is such that TCL can provide the safest Android devices. It is expected that the new BlackBerry will also be cheaper than many other flagships.