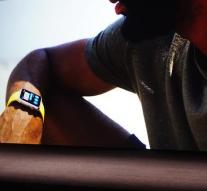 - Apple during a evenemt in San Francisco unveiled a new version of the Apple Watch smartwatch.

The Apple Watch Series 2 is more resistant to water than its predecessor. So can now swim with. However, in appearance he is similar to the current version.

The new watch also includes a GPS receiver allowing it to be set without connected to an iPhone, can display an accurate location. This will be particularly useful for people who only use the Watch in sports and do not want to carry a big phone with him.


Finally, there exists a new display that is brighter, so in bright sunlight also is easier to read.

The Series 2 is next in aluminum and stainless steel also available in ceramics.