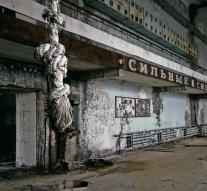 - The Netherlands is one million additional contributions to the storage of nuclear waste from nuclear power stations in Chernobyl. Minister Bert Koenders (Foreign Affairs) said Monday to the amount. 1 million in addition to the 11 million euros that the Netherlands has contributed in recent years to clean up the effects of the nuclear disaster.

On Tuesday there that took the nuclear power plant disaster in northern Ukraine exactly thirty years ago. Ukraine had 100 million of the required 700 million needed to store nuclear waste safely and securely. Therefore organized a donor conference in Kiev, where a total of 87.5 million has been pledged.

,, I hope that other countries in the short term to contribute the remaining amount, so that we are assured of good storage of this toxic material, 'he said. He believes it is very important that the nuclear waste is stored properly.,, The radiation can as we know great health effects on local residents. After the nuclear disaster in 1986, are released much radioactive material, it is very important that there not recover. It must be stored safely. ''