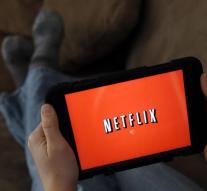 - Cyber ​​attacks on the company Dyn care in the United States for great digital nuisance. Popular websites like Twitter, Spotify and Netflix were, according to US media inaccessible to many online users.

Dyn allows people to type in the URL of an undertaking come to the right site. By Internet users had difficulty reaching some sites the first cyber attack. Especially in the eastern US many people would be faced with error messages.

The problems could be resolved Friday after several hours, but later in the day Dyn again reported to be the target of a DDoS attack. In addition, servers are so harassed that they become overloaded.

It is still unclear who is responsible for cyber attacks. The US Department of Homeland Security announced to look at all the 'possible causes'. According to two officials will also probably the FBI in the investigation.