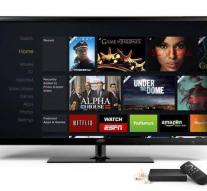 - Amazon Prime video service video is now available in the Netherlands. That Amazon announced Wednesday. With the launch of two hundred countries, Amazon officially go into battle with Netflix, the largest competitor, which is already active worldwide.

Rather let Amazon already hinted that the company had great ambitions. The American company put billions in The Grand Tour, a car program with former presenters of Top Gear. were also made in imitation of Netflix series that can only be seen on Prime Video. And according to Deputy Director Tim Leslie ' this is just the beginning. '

Via an app can be viewed videos on phones, tablets, and televisions. The videos can be streamed, but also be downloaded, so that people no data is lost if they want to watch on the plane or train. Netflix recently made it possible to download videos to view them offline.

Prime Video takes the first six months of 2.99 euros. Then takes a subscription 5.99 euros per month.