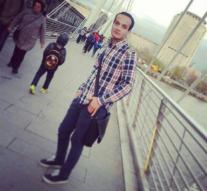 the hague - The National Coordinator for Terrorism and Security (NCTV) is aware of reports that one of the two terrorist suspects of bombing last Friday in the London subway was still in Brabant. That said a spokesman for the Ministry of Security and Justice Monday evening.

Several media reports Monday night about the tweets of Jenan Moussa, Middle East journalist, that she spoke to the family of the boy, including his brother. These people live in the province of North Brabant.

According to her, 21-year-old Yahyah Farroukh's brother said to her, 'I'm shocked by his arrest. He is ambitious, loves the United Kingdom and studies journalist. 'She cites him further:' I can not believe he has something to do with terrorism. '

The spokesman for the ministry is currently unable to make any announcements on a substantive basis. 'The investigation into the attack is still underway in the UK. '