Home / World / Nazi train full of gold does not exist 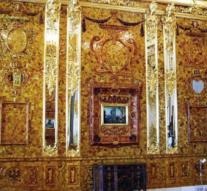 krakow - The Nazi train loaded with gold in a secret tunnel in Poland would be, probably does not exist at all. This is the conclusion of experts on research in the area. Presumably, there is approximately 9 meters deep or a tunnel, but a train of no trace has been found.

Two men claiming in August that they had found the train in southern Poland and that it would contain 300 tons of gold. They examined along with the location and experts presented their findings Tuesday, reported the British newspaper The Telegraph.The train full of gold, jewels and weapons would be left behind when the Nazis fled in 1945 from the advancing Soviet troops.Experts from the University of Krakow did soil testing with special equipment. Only after the winter, the researchers can begin the actual excavation.
NEW