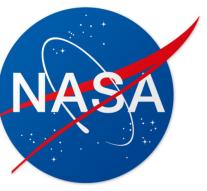 houston - The US space agency NASA is now also on Pinterest and GIPHY. On Pinterest shows that it new and historical photos and videos. On GIPHY put its space-POISON's example of launches, solar flares and distant galaxies. Which users can share on Twitter, by searching NASAGIF.