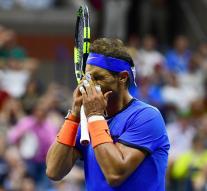 - "Tennis player Rafael Nadal and Olympic champion Mo Farah are among the latest group of athletes whose medical records have been hacked."

"The hackers, who call themselves the 'Fancy Bears', reveal regularly the medical records of athletes, after they had broken into the computer system of anti-doping agency WADA. These documents mentioning international federations give athletes permission to temporarily use an agent which is on the prohibited list, usually to combat allergies or colds."