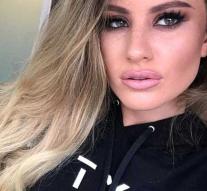 london - The Pool Lukasz Herba (30) was found guilty of the kidnap of the British glamor model Chloe Ayling (20). Herba, who has always claimed that he kidnapped Ayling as a publicity stunt, disappears behind bars for almost 17 years. The judge in Italy does not believe his story, British media write.

Ayling was held in July 2017 for six days in a farm near Milan. She was kidnapped after she expected to apply for modeling. According to the Italian authorities, Herba jeopardized the life of the model by drugging it with ketamine and subsequently abducting it in a bag to the farm.