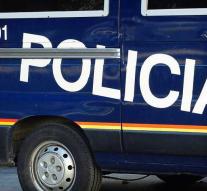 madrid - The Spanish police are investigating a mysterious incident at the embassy of North Korea in Madrid. According to the newspaper El Confidencial, a group of men would have invaded the embassy on Friday and...

The Spanish Ministry of Internal Affairs only says that the police are investigating an incident in which a resident of North Korea has been injured. According to the department, no complaint has been submitted.

According to the Spanish newspaper, an employee of the embassy had a chance to escape, after which she alarmed the neighbors with shouts. Shortly after the police arrived, two cars drove away at the building at high speed.