Home / World / 'Murderous Japanese saw himself as a hero' 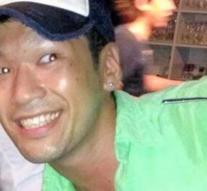 - The 26-year-old Japanese Satoshi Uematsu, on Tuesday morning (local time) in an institution for disabled people in Japan reached 19 people dead and 25 people wounded, saw himself as a possible savior. The man, a former employee of the institution earlier this year pleaded for euthanasia on disabled.

According to the Japanese channel NTV he had issued a letter in February for the president of the lower house of the Japanese parliament to advocate euthanasia for the disabled. In the letter he wrote: 'My goal is a world where, in cases where it is difficult for severely disabled people to live at home and be socially active, they may be given euthanasia with the consent of their guardians. '

Uematsu would have told a friend that he disabled a last thought for their family and that he was planning to murder 600 people with disabilities.

The man insisted at the night of Monday to Tuesday the building and put in on the defenseless people with disabilities who were sleeping. The victims are between 19 and 70 years old. It involves nine men and ten women. Police arrested the perpetrator when he came walking into the police station and immediately said:,, I did it. ' Also in his arrest he said that he,, wanted to rid the world of the disabled. '

Hardly an offense for so many deaths coming in Japan. Since World War II in the Asian country seen so many people died in a single act, the BBC reports.