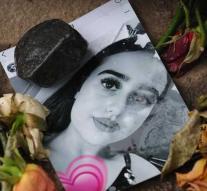 baghdad - The Iraqi suspect of the murder of the German girl Susanna who had fled to his homeland should never have been extradited to Germany. According to Iraq, the extradition by the Kurdish regional government was a violation of the legal process.

Ali Bashar has now informed the German authorities that he has killed the fourteen-year-old Susanna in Wiesbaden.

The Iraqi had come to Germany as a refugee and fled from Germany to Iraq last week, when he had come into the picture as a suspect of the assassination of Susanna from Mainz. He was arrested, not far from the Turkish border, in the autonomous Kurdish northern Iraq. After questioning, he was handed over to German police officers who took him to Germany.

According to the Iraqi government, only the Iraqi Ministry of Justice has the power to decide on extradition.