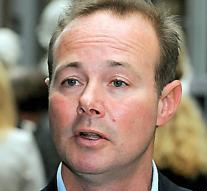 amsterdam - Tens of millions of extra cleaning hours left on the shelf. Municipalities hide the money and consumers do not like that to get a grant falls. That must change, says the Consumers' Association.

In 85% of municipalities remained money from the pocket 2015. Barely half of the total budget went on. According to the Consumers is because municipalities inform the inhabitants bad. 'The rules must be known to people who can use it,' says Bart Combée, director of the Consumer.

The union calls Van Rijn Secretary (Health) and the Association of Dutch Municipalities (VNG) in a letter to inform people better. Furthermore, the Consumers' Association criticizes the fact that municipalities spend the money in very different ways.


After municipalities cut back sharply, the government made available to all 281 million at the domestic help, which can spend municipalities an additional allowance for domestic help. That can buy sick or disabled extra help in addition to regular home care and then at a lower rate. That bag of money was also intended to keep tens of thousands of home care workers to work.

What does not make it easier for citizens is the major difference in terms and conditions to qualify for the extra household allowance. In one municipality, you need a WMO indication, the other is the allowance only for minima and some municipalities only provide the money for the elderly.