Home / World / MSF is not welcome in Donetsk 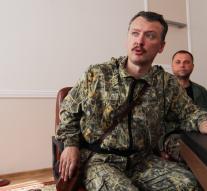 donetsk - Médecins Sans Frontières (MSF) is no longer welcome in the self-proclaimed People's Republic of Donetsk. The reign of the rebels in the eastern Ukrainian region has revoked the work permit of the organization, MSF reported Saturday.

The organization says " deeply concerned " being and calls on the authorities to reconsider the decision. " This decision has life-threatening consequences for patients who must now be left behind by the MSF ", Bart Janssen said the organization.

MSF has been told it must immediately stop the activities in the region. One reason therefor is not given.

The organization provides medicines and medical equipment for treating people who have been injured by conflict in eastern Ukraine, and people with chronic illness. MSF also provides care for residents in some forty areas where local doctors and aid workers have fled violence.

" We are the only organization that treats prisoners with tuberculosis, insulin supplies for diabetics and gives drugs to people with liver failure ", according to Janssen. MSF has been operating since May 2014 in Donetsk.