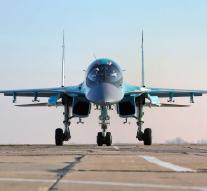 - The Russian air force and the Syrian government forces have bombed the last four weeks, twelve hospitals in Syria. In addition, at least 35 patients and doctors were killed and 72 people were injured. This was reported by Der Spiegel Thursday.

The German magazine relies on data from MSF. Since September 30 let the Russians fly their aircraft operations over Syria. From that day hospitals are a target, claiming MSF. That was particularly the case in the provinces of Aleppo, Idlib and Hama. In six of the twelve affected hospitals doctors of MSF work. A similar number of institutions had to be closed after a bombardment. At least four ambulances were destroyed.