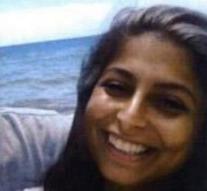 silifke - The Turkish police see the Dutch dogs of the Signi Search Dogs Foundation welcome. The animals are coming tonight and should go to Sunday for the missing Joey Hoffmann (21).

'For us it is important that we find Joey, so all help is welcome,' said the chief commissioner.

It also has traces to check. Thus, on a Thursday search, a blood track was found on a rock in the hills where Joey camped with Bjorn and Derya Breukers. The tracks are safeguarded and brought to a forensic desk, where it is important to know whether it's really about blood.

Bjorn and Derya Breukers wanted to buy the ground where they camped on the night of 7th of July with the missing Joey. They also wanted to build a small apartment. In the meantime, the police can clarify the financial resources that had to be made. Because despite the debts of Bjorn in the Netherlands, the couple traveled with enough money to Turkey to make the sale. 'Derya still has about 50,000 lira (12,000 euros) on a Turkish bill,' said the chief commissioner on request.

That money appears from her mother. Who gave her daughter this spring a total of EUR 24,000 to achieve the Turkish dream. The police investigated the transaction, but did not see any peculiarities. So the amount is now about half past, based on the sum of money Derya still owns.

She was on her desk at Silifke again with her husband Bjorn. Also, the couple is often involved in the quests in the mountains, which did not yield anything yet, on the possible blood track. Nevertheless, this morning, the police will be joining the Dutch team tomorrow.