Home / World / Mother cell in due to marrying off daughter 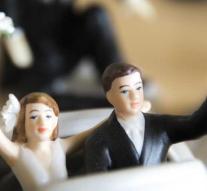 london - A mother who brought her teenage daughter to Pakistan to marry her with an elderly man has been sentenced to four-and-a-half years' imprisonment. She is the first person convicted in England for marrying off a girl. That has been banned in the UK since 2014.

Campaigners see this decision by the judge as a serious warning to the families who intend to force their daughters into marriage. They encourage girls to stand up for themselves and to call these practices.

The jury of the court in Birmingham was told that the victim in question had been taken to Pakistan for the first time when she was thirteen and had to go against her will with someone of 29. The man had sex with her and she became pregnant. Back in Britain she underwent an abortion.

When she was sixteen, she went 'on vacation' again to Pakistan but was told after arrival that a wedding had been arranged. When she refused, her mother threatened to burn her passport. The Islamic wedding ceremony was scheduled just after her eighteenth birthday.