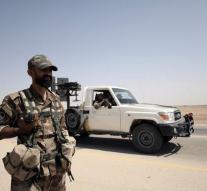 moscow - Russia denies that it has attacked militant militia in the Syrian province of Deir al-Zor. The Ministry of Defense reported that Russian fighter planes had attacked only Islamic State (IS) warriors and that Americans were previously informed about air operations.

The Pentagon reported on Saturday that the Russians with air attacks had attacked the Pro-Syrian Democratic Armed Forces (SDF) east of the River Euphrates. The Kurdish and Arab militias of the SDF are part of the coalition led by the Americans against IS. The SDF announced that six of their fighters were injured by the Russian attack.

According to the Pentagon, the Russians knew that SDF troops and their advisors stopped in that area.