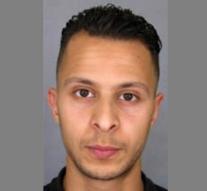 rabat - Morocco has issued an arrest warrant for Salah Abdeslam, for the only known surviving perpetrator of the attacks in Paris. According to Moroccan police warrant was issued late last month.

It is not clear whether Abdeslam indeed to Morocco or another North African country has fled. There also were rumors that he had managed to reach Syria.

When the attacks in Paris were 130 people killed. Abdeslam has since been on the run. At first he fled to Belgium, but then his trail disappeared.