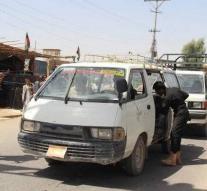 cabul - In Afghanistan, more than 200,000 people have been fleeing for fighting between the radical Islamic Taliban and security forces since the beginning of the year. This is reflected in a report from UN Office OCHA, the Office for the Coordination of Humanitarian Affairs, published on Tuesday.

Between January 1 and August 22, 212, 439 Afghans became homeless. In 30 of the 34 provinces in the country, people are currently on the run. In the previously relatively quiet north, 41 percent of the war refugees have been registered.

In the east, where the US and Afghan security forces also fight against the Islamic state's terrorist movement, 17 percent are displaced, according to the report. 13 percent of displaced persons are from the west, 22 percent from the heavily westerly south and south-east.