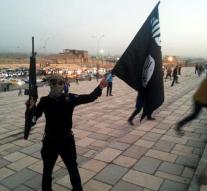 tikrit - At least twenty Sunnis are Wednesday mistakenly slain during an air raid in the Iraqi city of Mosul. The crew of the plane that carried out the attack, saw the 'group of Sunni fighters 'to terrorists of the Islamic State.

The local police who announced this, said it did not belong to the plane in which Air Force, the US or Iraq. The coalition of forces from Iraq and the United States could not say whether the force's morning had planes in the air.