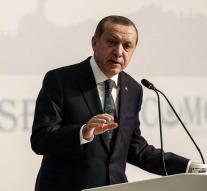 - Turkey has laid off more than 10,500 civil servants because of alleged links with the banned Kurdistan Workers' Party PKK. The Minister of Labour Mehmet Muezzinoglu Thursday told the CNN-Türk.

Turkey considers the PKK as a terrorist organization. Earlier, hundreds of teachers were sacked for their alleged links with the PKK and were pro-Kurdish politicians arrested.

Since a failed coup in July Turkey more than 125. 000 officers suspended or fired. Of the 10 500 that Muezzinoglu above are included or that there is a new treatment is unclear.