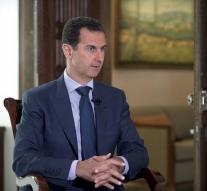 brussels - The European Union on Thursday ten Syrians, including senior military, added to the sanctions list in which all 207 people stood up. For all subject to a travel ban to the EU and their European assets have been frozen.

They are considered responsible for the violent repression against the civilian population and support for the regime of Syrian President Bashir al-Assad. The additional sanctions already prepared by the European leaders were last week.

Syria have been numerous other punitive measures take effect, including an oil embargo and freezing of the assets of the Syrian central bank and nearly seventy other institutions. Also equipment and technology may be used for repression that can not be exported to Syria.