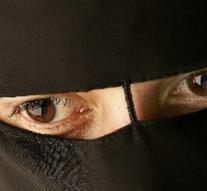 - Divorced women and widows can in Saudi Arabia in the near future, regulate their family affairs without the intervention of a male relative or a judge. This was announced Wednesday the newspaper al- Riyadh on the orders of the Interior Ministry.

There will be family identity cards that not only the man of the house but can also be issued to ex-wives and widows. This allows them to have children for example do at school or their child undergo medical treatment.

When the identity cards are introduced is not clear. But they will change according to observers living in patriarchal Islamic state dramatically. The man's monopoly of power over female family is affected with this.