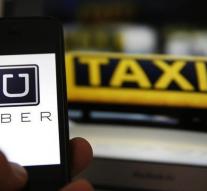 san francisco - Uber has a good quarter behind. The taxi app saw sales increase and managed to reduce the loss.

The months of April, May and June were overshadowed by scandal after scandal, which ended in the departure of Chairman and founder Travis Kalanick.

Uber has released quarterly figures via Axios news site. The company is not listed on the stock exchange and therefore does not need to share any financial information.

Uber tries to survive and seeks a new topman. The app has largely withdrawn from markets like China and Russia. To accommodate drivers, customers can now give a quick tip through the app. According to Uber, drivers have earned $ 50 million so far.