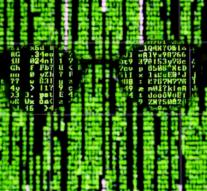 brussels - Investigation Authorities in the European Union and the United States will soon be subject to stricter rules when they exchange information about their citizens. The European Parliament voted Thursday by a large majority in a Data Protection law which signed the EU and the US in June.

The so-called Umbrella Agreement protects personal information such as name, address and criminal record against abuse, if exchanged for example, prosecution and prevention of crimes, including terrorism. Citizens have the right to know where their data is used.

Also, maximum retention periods are recorded. Supervisors monitor or powers are not too far stretched. Europeans have the opportunity to sue US government as their privacy wrongly violated and have the same rights as Americans.

D66 MEP Sophie in 't Veld will the law be an improvement but is very critical. According to its sensitive data still be exploited through a back door and they do not trust that fulfill the US government's commitments. Her request to the European Court of Justice to seek verification was no majority the law.

Judith Sargentini (GroenLinks) is positive. They will be able to go to court major.

EU Commissioner věra jourová (Justice) said to be pleased that the Parliament has agreed to the 'powerful data protection' associated with transatlantic police and judicial cooperation. The formal adoption of the EU Member States is expected within weeks.