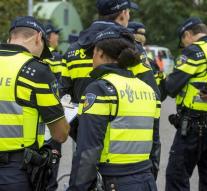 brussels - The Benelux countries will cooperate more closely in combating transnational crime. Police officers from the Netherlands, Belgium and Luxembourg have thereby given more opportunities in each other's territory to be active in the hunt for criminals.

Minister Ard van der Steur (Security and Justice) that end Friday in Brussels reached an agreement with its Belgian and Luxembourg colleagues.

'Criminals do not respect borders, and then the police must also do not suffer from these boundaries,' says Van der Steur. The agreements between the three countries from the existing Senningen Treaty on police cooperation to be adapted and expanded. It is mainly about better sharing of data, to provide more opportunities for cross-border chasing criminals and facilitate police investigation in another country.

Dutch agents may also already criminals up throughout Belgium and Luxembourg chase, but only in limited cases and often time-consuming procedures. That will now be simplified. The procedure in the case, for example, a Belgian detective wants to interrogate a suspect in the Netherlands, be relaxed.

'That can without a complicated legal request. But there must always go with a Dutch agent, 'Van der Steur. It also made it easier the police of three countries to access data from each other's databases.

The changes will now be developed by the three countries. Van der Steur expected to be in force after parliamentary approval in a year.