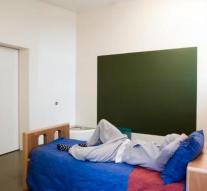 the hague - Following two GGZ institutions in Zeeland and Friesland, three other mental health providers are still considering a patient stop. They do not get enough money from health insurers to be able to treat all patients. In addition, at least ten institutions carry out 'rigorous negotiation' with insurers on new contracts, the GGZ Netherlands Dome Organization announced on Tuesday.

'We know that there are still enough money from the health insurance companies for treatments in the GHS. What we see is that health insurers do not make enough money available to raise budget budgets. Therefore, an institution may be forced to announce a treatment stop for a particular health insurer or wait waiting times, 'warns the trade association.

The Dutch GGZ provider Emergis and GGZ Friesland recently warned that no patients from a number of insurers could be accepted because the money was spent. At Emergis this is now the job, after intervention by the Dutch Health Authority (NZa).