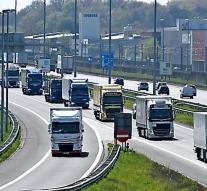 the hague - Two other companies in the forklift industry have been fined for prohibited price agreements on batteries.

Midac Nederland, an importer of batteries for forklift trucks, has to pay a fine of just over five tonnes. The parent company of the no longer existing importer Faam Benelux, Era, received a fine of 900,000 euros.

The other players received reduced fines because they acknowledged their involvement. The total fines amount to almost 17.5 million euros.

The companies and industry association agreed to use a lead allowance. This surcharge was intended to process the strong fluctuating price of lead (which is incorporated in batteries) in a fixed way in the sale price of the batteries. They also shared competitive information with each other.