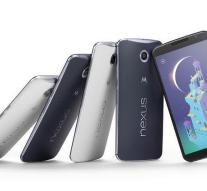 - "There has emerged a new indication that Google will use the name Pixel for its smartphones. Developer LlabTooFeR published Monday screenshots of Pixel Launcher. This startup program used to be called the Nexus Launcher when the phones still bore the name Nexus."

"In recent weeks, has come out that Google would stop the name Nexus. The new smartphones would get the names Pixel and Pixel XL. They are built by HTC and will probably in the autumn on the market. Google uses the name Pixel already Chromebook laptops."