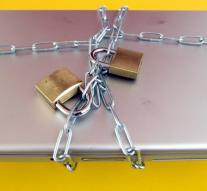 - Netherlands faced in the past year more often with digital espionage attacks that threaten national security and economic interests. This was reported by the National Cyber ​​Security Centre ( NCSC ) Wednesday .

Research by the security services two services show that Dutch public institutions in 2014 were frequent targets of sophisticated cyber espionage attacks. Most of these attacks are carried out with so-called spear phishing emails targeted phishing emails that appear to come from a known company, and containing infected attachments with malware or links to malware.

Companies also were victims of cyber espionage, especially in the fields of defense, high technology, horticulture, chemistry, energy and aviation. Those attacks were likely to come from foreign intelligence services.

Cybercriminals also will increasingly use hostages software (ransomware), expects the NCSC. The criminals block access to the computer and make it free again until the user pays ransom.

Also enter countries where conflicts and attacks are the order of the day, more and more digital attacks. They try so to beïnvoeden geopolitical relations and developments. This makes it difficult to determine exactly who was behind the attacks, said the NCSC.