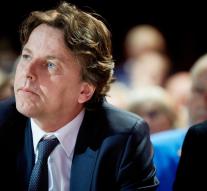 brussels - Montenegro Wednesday invited to become the 29th Member State of NATO. The foreign ministers of the countries of the military alliance see no obstacle for accession of the small Balkan country.

The Netherlands believes that the membership will contribute to the stability in the Balkan region. " Montenegro is the country that makes it possible to better defend the coastline along the Adriatic Sea ", said Minister Bert Koenders (Foreign Affairs).

The last countries that joined NATO were Albania and Croatia in 2009. Countries such as Bosnia, Macedonia and Georgia remain in the waiting room.

Montenegro spoke of the beginning of a " ". wonderful alliance Incidentally, before Montenegro formally joined all NATO countries have yet to ratify the decision. This can take about two years. Montenegro has over 600 000 inhabitants and an army consisting of a husband or 2000.

Russia said last week that NATO membership of Montenegro, " a further blow " for relations between Russia and NATO.