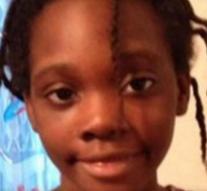 bradenton - US police in Florida found a body of a girl in a freezer. It is suspected that this is a 11 year old girl who has been missing for a year. The remains were found in the house of the grandmother of the child.

An aunt and grandmother made ​​the gruesome discovery when the freeze last Wednesday was delivered to the house in Bradenton. A local police spokesman leaves in front of American media know that the mother of the child shall be alleged in the case.

" That woman is crazy. She is a criminal , and possibly even a murderer. " The woman has been arrested.