Home / World / Ministry of Justice: Obama did not listen to Trump Tower 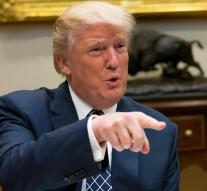 washington - The US Department of Justice has not found any evidence that President Obama's government has earmarked the Trump Tower a year ago.

The eavesdropping would have had to hit Republican candidate Donald Trump in the run-up to the presidential elections.

Trump claimed in March, when he was two months president, in several tweets that the Democrat Obama had let him listen in October 2016. Moreover, that charge was not substantiated. US media report that Justice itself or the Federal Police FBI has been unable to find evidence of Trump's allegation.