Home / World / Minister in disrepute after calling in plane 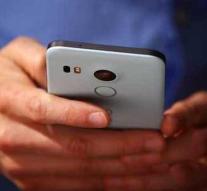 wellington - A New Zealand minister has caused a stir by making a phone call in an airplane. Phil Twyford is therefore no longer in charge of the civil aviation authority, because it may still be investigating the incident.

Minister Twyford (Transport) used his telephone in a device that was ready to take off at Wellington Airport, reports New Zealand media. At that point no electronic devices could be used. Twyford acknowledged having called for about a minute with an employee. No one would have complained about that at that time.

Twyford went deep through the dust after he was later addressed to the incident. He even offered his resignation to Prime Minister Jacinda Ardern. She decided that the Minister could stay on, but would have to hand over his responsibility for the civil aviation authority to a colleague.