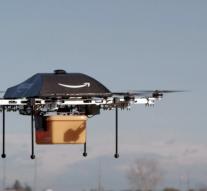 - Amazon webstore Company has been awarded a patent for a mini-drone. The drone can be controlled by voice through an app.

The Amazon drone with camera should help agents pursuits or searches, support firefighters in their extinguishing or locate a lost car with license plate recognition.

Amazon has been working with artificial intelligence for its e-commece supplies, which are likely to be incorporated in this drone.

Amazon sees the drone as an assistant, but civic movements believe that the company is increasingly interfering with privacy in public spaces.

The group puts drones already in tests with delivery of packets. It has patents for lampposts to serve as charging stations.\n  \n  \n   advertisement