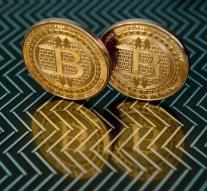 - The Dutch demand the value of 843 stolen bitcoins, together well for € 3 million. They were in possession of the hacked and bankrupt crypto platform Mt.Gox.

That reports RTL Thursday. A group of 35 Dutchmen has united. The Dutch Embassy in Tokyo offers support to recover the bitcoins that, after the hack of Mt. \u0026 Nbsp; Gox \u0026 nbsp; with 650, 000 bitcoins stolen.

According to the group against RTL, more Dutch people may have been depleted. \u0026 Nbsp;