Home / World / Militia allow children to fight against IS 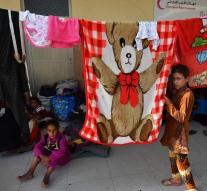 erbil - A Shiite group that fights on behalf of the Government of Iraq against Islamic State also puts children for that fight. That the human rights organization Human Rights Watch (HRW) announced Sunday.

Members of the militant movement Hashad al-Ashari, funded by Baghdad, are in a camp near the besieged IS stronghold Mosul definitely recruited ten minors. In addition, they have abused at least 22 men in two nearby villages and imprisoned.

The reconquest of Mosul is still in full swing. Large parts of the east of the city are already liberated. The Iraqi army and its allies now advancing towards the center.