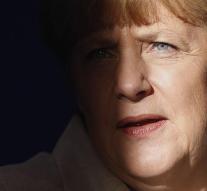 - Fierce fighting in a migrant shelter in Germany is a dead cases. According to police and justice were two Afghans late Monday night with each other fist went into the refugee shelter in place Hassloch in Rhineland-Palatinate.

A 22- year-old man thereby severely injured and died later. His 26-year-old opponent was arrested. The quarrel of the backgrounds are not clear.