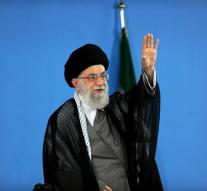 tehran - One of the most powerful institutions in Iran , the Guardian Council, has Wednesday approved an international agreement on the Iranian nuclear program . This is the July 14 agreement that Iran signed with six major powers , entrenched as law in the Islamic Republic .

Since the Islamic Revolution of 1979, the conservative Shiite clergy the last word. The most powerful figure is spiritual leader Ali Khamenei. He has appointed six clerics of the Guardian Council. The other six members, lawyers, appointed by the conservative judiciary.

The council always makes the final say on legislation to parliament. The parliament was Tuesday agreed to the deal. Iran imposes restrictions on its nuclear ambitions, but frees the land economically stranded in time of international sanctions.