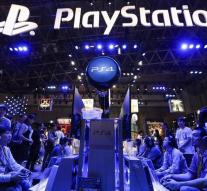 - Microsoft and Sony are currently working on their new consoles. But where the Xbox One S and Project Scorpio equipped with a 4K Blu-Ray player, lacks this PlayStation 4 Pro. Much to the surprise of Microsoft.

\'I do not want to start re-console war and have great respect for what Sony does, but they have taken a number of interesting decisions for their product, which surprised me,\' said Xbox chief Albert Penello. \'The lack of a 4K player, given Sony's media background, was a surprise. Looking at their strategy in the past, I do not think many people had predicted this. \'

Sony did not already know to have chosen 4K Blu-Ray because the whole industry moves to view stream and the long term is not cost effective to opt for a physical player. Penello is not, however, agree.

\'I personally believe that the shift from SD to HD was very meaningful, and the same will happen in the transition from 1080p to 4K. When you compare a UHD Blu-ray with a 4K HDR streaming from Netflix and Amazon, you can see clearly a difference. \'