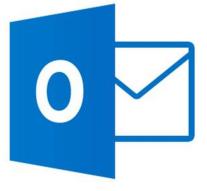 redmond - Microsoft has prepared an add-in for Outlook to open to competitors. That offer, the company has made to the European Union to get approval for its acquisition of LinkedIn message to The Wall Street Journal.

Microsoft came about seven years ago with the social connection tool for Outlook. That could integrate other companies such as Facebook and LinkedIn contact information in Microsoft mail program. The tool is now ingrained in Outlook and mainly serves to integrate LinkedIn data. By allowing other services Microsoft wants the EU to reassure that it does not want to abuse of the data collected LinkedIn.

Microsoft announced its intention to acquire in June to LinkedIn for 23.3 billion euros. The company is still awaiting approval from the European Union to complete the acquisition.