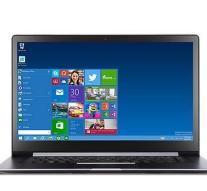 - A US woman gets $ 10,000 from software giant Microsoft because her computer without her consent is provided with Windows 10. The court ruled that Microsoft too aggressive offered an update to the latest version of the operating system.

The company has already received heavy criticism earlier because the users of Windows 7 and Windows 8 but remains poking a free update to Windows 10. Even if the user navigates away from the update, he keeps coming back. There are also stories of computers in the middle of the night itself have updated to the latest version of Windows.

A woman from the US state of California dragged the company to court and was vindicated. Microsoft appealed against the ruling on appeal, but decided to start this anyway to withdraw and the woman to pay compensation.