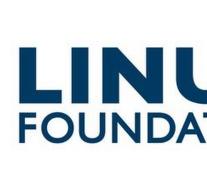 redmond - Not so long ago, Linux was seen by Microsoft as a 'cancerous tumor', but there is another Microsoft risen under the leadership of CEO Satya Nadella. The Windows maker is now even joined the Linux Foundation, the foundation that supports the development of the Linux platform.

Since the helm at Microsoft has gone, the company is going to pay increasing attention to Linux. Thus it has already invested in Linux software and has released the source code of a number of proprietary technologies, including..NET And Visual Studio. The difference with the 'Microsoft of former CEO Steve Ballmer 'could not have been greater. He compared Linux to a cancer and said the idea behind open source software 'hippies'.

The Linux Foundation, Microsoft instantly get a good paying member in the ranks. Microsoft contributes as 'platinum member' annual 500 000 dollars off, just under 470. 000.