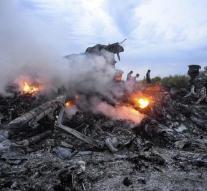 amsterdam - International media are very diverse in their reactions to the results presented in MH17 investigation on Wednesday. Words such as 'massacre', 'mistakes' and 'destructive' will be dealt with.

The German Bild came up with the harshest terms. Massacre Made in Moscow headlined the medium on its website. Our neighbors took the report as truth, as opposed to Russian media as Komsomolskaja Pravda and Russia Today. With the headline Solid facts? 5 mistakes that cast doubt on international MH17 report she heeled to the diligence of the investigation.

The Guardian of England therefore more focused on the contradictions between the countries with the article MH17: By buk-missile finding, Russia and West at loggerheads. The American CNN also stand in the truth of the MH17 research: MH17 shot by Buk missile from Russia.

The Australian News. com was especially impressed with the recorded calls: Secret talks were scathing towards Russia. They called it chilling evidence or hard evidence.

Russian media seemed to be the truth of the research in question, but according to Bild was critical medium Wedomosti fear the risk of an isolation for the Russians.