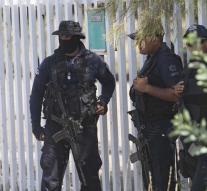 - The Mexican government on Monday the head of the federal police layoffs in the country. Police Chief Enrique Galindo had to leave after research showed that officers believed guilty of the execution of a group of suspects.

The Mexican National Human Rights Commission ruled earlier this month that the police at least 22 alleged gang members executed after a confrontation at the site in 2015. Tanhuato have the crime scene officers also were manipulated by moving bodies and weapons.

President Enrique Peña Nieto would have commissioned themselves Galindo put out his duties. His departure to ensure that the matter can be investigated quickly and transparently, said Minister Miguel Ángel Osorio Chong (Interior) at a press conference.