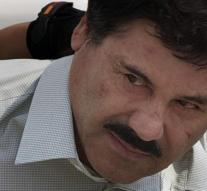 - A Mexican judge who in recent years has presided over many appeals of major drug lords, was killed Monday by unknown people in his hometown of Metepec. ' We have a video of the deplorable attack, '' the governor of the state made known Monday. ' That will certainly help us to quickly catch the perpetrators. ''

Judge Vicente Bermudez was involved in the appeals by Joaquin 'El Chapo' Guzman, the imprisoned boss of the Sinalo drug cartel and Miguel Trevino, the former leader of Los Zetas-artel.

Since March Bermudez had the task to oversee the federal appeals and lawsuits in Mexico in the state where the Altiplano maximum security prison is located.