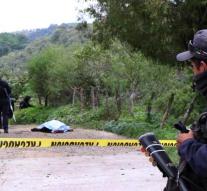 mexico city - The police in Mexico arrested a man and a woman suspected of involvement in the murder of at least ten women. The couple is also accused of selling a baby.

The police tracked the suspects during an investigation into the disappearance of three women, one of whom had disappeared together with her newly-born daughter.

The suspects were arrested on Thursday when they left a house together in a suburb of Mexico City. The two had a pram with them. In it lay a bag of human remains.

Material remains were also found in the vicinity of the house. The motive for the murders is unclear.

The missing baby has been detected. She is in good health and is housed with her grandmother. The couple that bought the child have also been arrested.