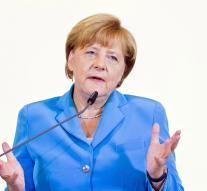 - The German decision to send Syrian refugees back to countries where they entered the EU, was taken without that Chancellor Angela Merkel knew. The refugee coordinator Peter Altmeier was unaware. A spokeswoman Merkel declared Wednesday in Berlin.

The Ministry of Interior is responsible for the decision, the spokeswoman said, but changes according to her nothing hospitable way in recent months with asylum seekers is handled.

On Tuesday it was announced that Germany provisions of the agreement on Dublin too late again apply for Syrian displaced persons and asylum seekers will be returned to the country where they entered the EU. Since August, Germany for Syrians an exception because of the rush.